This is NOT financial advice. Please see our Financial and Affiliate Disclosures below for more details.

All right guys, ready to get all the exciting news on the Mekaverse mint updates, so we've got lots of new great information, I am ready to share with you, token date drops, information on price, all the good stuff that we've been waiting to hear about as well as some really cool new things about how they plan to evolve this NFT project. Right? Welcome in, David, cryptotutorials.org, do me a favor, hammer on that like button down below, let's get this out to as many Mekaverse NFT fans as we can, and then hit the subscribe, if you didn't already hit, maybe you hit it because I told you, I’m going to do updates on this if new information comes out, will do another video, so if you want to stay upto date, this is the way to do is to hit subscribe. All right? Well, let's start.

Warning. I am not a financial advisor and this is not investment advice. Seek a professional.

Hey, guess what, it's almost time for the Blocto sale. That's right. If you don't know, Blocto is a token out there that I'm really excited about. I did a Bounty Airdrop for them not too long ago and received $200 worth of free Blocto wallet tokens. But on top of that, I also got to buy in before this, before their public sale when everybody gets a chance to buy in, I and everybody else who participated had a chance to buy in early, get early round pricing, and get in ahead of everybody else when the token goes. So keep an eye on Blocto.

If you think that this looks like something you wish you'd participated in, then go to getmyfreecrypto.com, that's where I have a bounty Airdrop Masterclass, that's going to teach you how to pick good Airdrops, how to find them, how to safely do them so that you can get a chance to get in on some of these early release tokens before they get out to everybody. All right, once again, getmyfreecrypto.com. Normally, it's a $97 Airdrop Masterclass, it is free right now, so jump on this while it's still available.

All right guys, so lots to talk about. Here we are on their Twitter page, we've got some new information that's come out. If you haven't seen it, they recently just today made it into the 100,000 subscriber clubs. So Mekaverse mint updates, if we scroll up here, 102.2k followers. They also announced that they've done the same thing in Discord, which is pretty insane to get 100,000 followers in each of those two, it just shows you that this project is popping off and it's going to be a fight to get any of them, and if you get one, man, you're going to be a lucky cat because they're almost as close to a sure thing as you can put out there to go up in price immediately – not financial advice, but wow, I would get one, as many as I can at that price gladly.

Anyway, so 100,000 followers here, you can see they're updating artwork – some of the artwork on these is looking ridiculously good, I mean, that is just, you know, that's a beautiful looking 3D model right there. All right, and then down here, we've got this little section on the stones, and what these stones are, is that they are energy that your Meka uses to fuel it. There is little information on their size of them, which has something to do with how much power they necessarily have. There's a rarity with different stones, so I've put together a little video and I'm going to go ahead and share it with you now.

All right guys, pretty cool looking, huh. And then on top of it, we've got this guy right here, this is actually a couple of weeks old, this came out just after the last video that I released. But some information on the weapons, they've got pictures of some swords, so lots and lots coming. These guys are developing, and they're sharing what they're working on, as they're working on it. So pretty cool, they're kind of following the system we look for.

On top of it, they've got their website up now, which they did not have up before, and this has got some good information on it. So if we take a little stroll down the website here, we already knew there were 8888 of them going to come out, and there are some the pictures of them if you want to get a glimpse at some of the better images of any of these, they're all really pretty high-quality images. We go down here and launch the roadmap, which is what this is, they've actually got a small amount of the roadmap out here explaining what's going on. 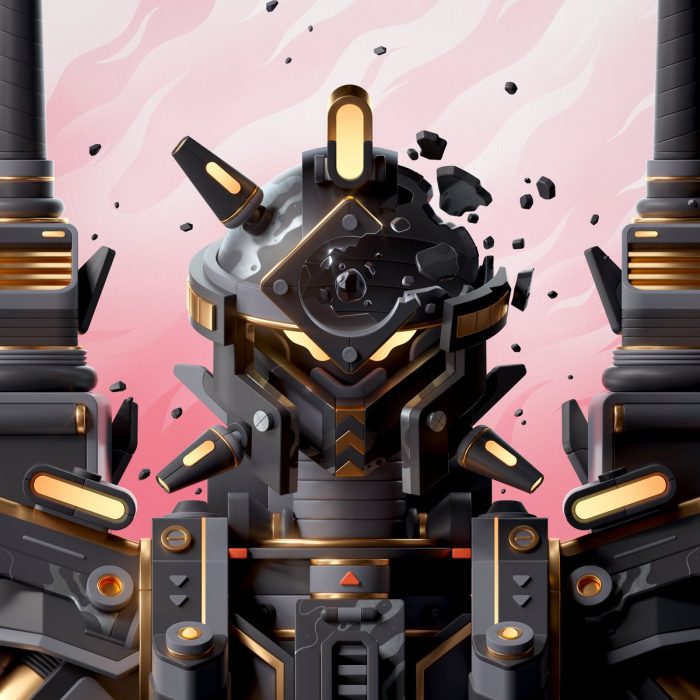 And then they just want to expand what their characters are doing or how they're interacting in the world, kind of, figure it all out like that, so pretty cool. They've got a good roadmap, at least, at the start of it, some of their, and going to keep growing it and adding more and more, they want to stick around and keep building on the next for a long time. Some more information on the creators, if you haven't seen them, they're out on Twitter, they're very open – once again, something that inspires a lot of confidence in a project like this. And then, we're down to the bottom here, Mekaverse already has 60,000 members – this is join the Discord 60,000, so way old number. They're already at 100,000.

All right, well, that's all you're going to get on Twitter and on their website, but if you want to get some more information, the answer to, always, all these projects is to get into their Discord. That's where the real, real alpha information gets dropped. So here we are inside their Discord, and we can see that they're not going to be doing pre-sales, so that's one thing that they decided, they debated it, and thought about it, and should they include people in pre-sales, 8888 of them, no pre-sales, they're just going to go all live. And they're going to be dropping them for 0.2 Eth. So they're a little more expensive than most, most drops lately have been 0.08, maybe 0.1.

These are going to be 0.2 Eth before the gas fees, you can put in on two of them, when you bid or with your ticket, you can get up to two if your ticket gets drawn. So that's kind of lucky if you happen to be lucky enough, but it also means that probably half as many tickets are totally going to get drawn, and they very well might be only 4000 tickets that get drawn or 5000 tickets, I guess, out of this, if everybody's putting in for two. So 5000 out of a 100,000, that's why these things are in such crazy astronomical demand. 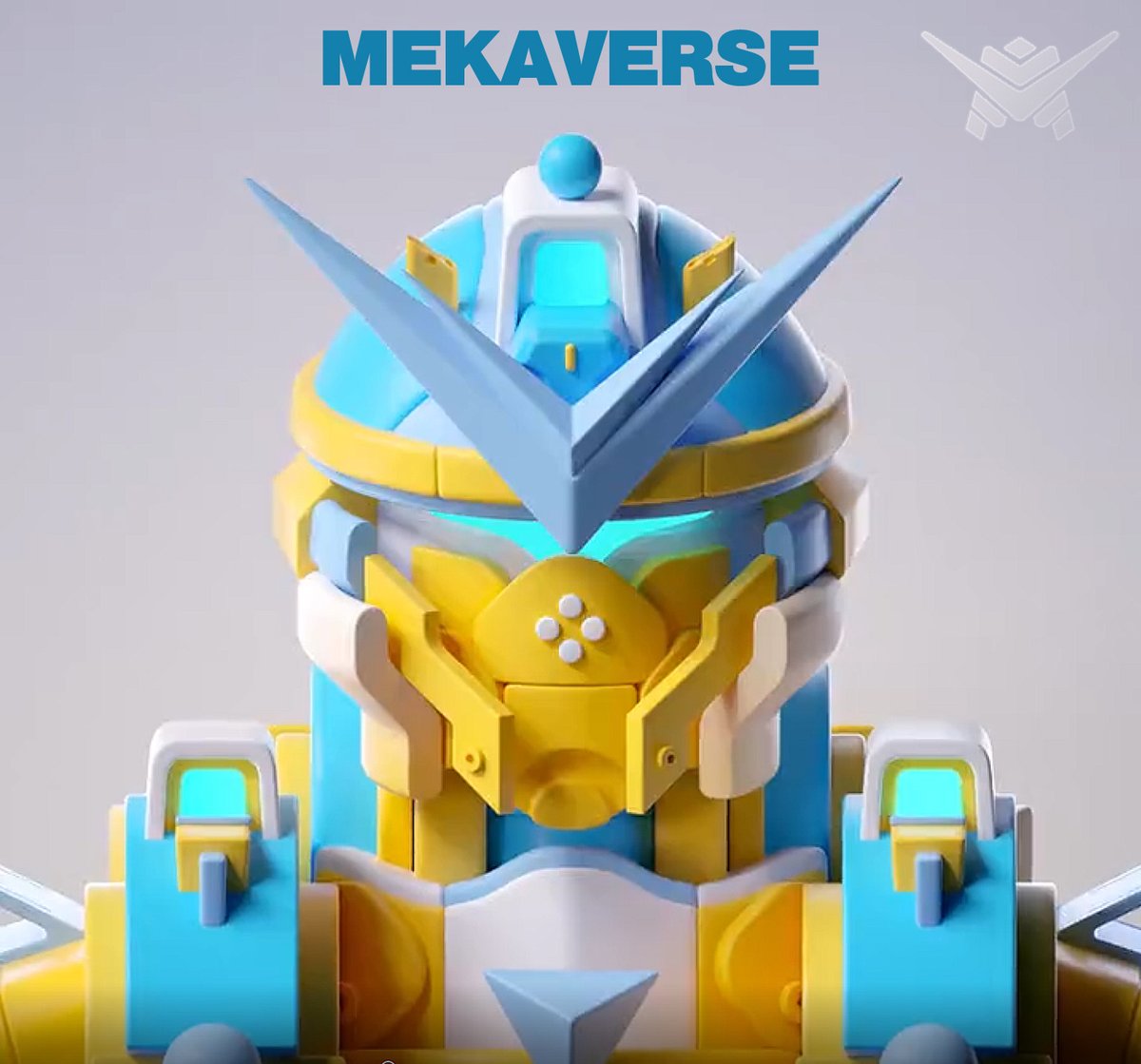 As far as the drop structure goes, I kind of alluded to it, but it's going to be a raffle, so you're going to move in, you're going to pick up a raffle ticket, you're going to sit and wait in a group, and then if your number gets drawn out of that group, boom, you get a chance to buy. Next group comes in after you, next group comes in after you, I don't know how the waiting is going to take place, or how that hall is going to be worked in, but they said that this is supposed to help prevent the gas wars, prevent us from spending 10 times the cost of an NFT just to throw at all the Ethereum.

So hopefully that will be fixed with this one, which is exciting, so 0.2, probably 5, you're going to pay some gas, but if you pay 0.25, something like that, that probably will cover you to mint each one of them. So that's kind of the option if you're going to go for it, I think having half in Eth, and just going after it is probably your best bet, not financial advice, once again. Sorry, I’m very bullish on this mekaverse mint updates project, if you can't tell. All right, and so, the drop date has been updated, and that will be October 2nd or 3rd, that looks like next Saturday or Sunday.

So we've got one more week till these things are going to be hitting the ground running. Like I said, 0.2 Eth, you're going to be in a lottery to see when you get your ticket pulled, and if you get a chance, you can buy two of them, and hopefully, without the gas wars, that's kind of the update on it. All right, not as much on the actual project, a little more on the drop, but I’m sure that'll come. If you do the math, if you're looking at 0.2 Eth, and you're looking at 8888 of them, man, by the time you get that done, even with the low price of Ethereum right now, that's close to $5 million. So these guys are going to have some money to be able to come up with, create a really cool project from this. I’m excited for them.

All right? Well, do me a favor, leave questions in the comments below, if you have them, or if you just want to let me know what you think about this Mekaverse Mint Updates project, if you like me doing these kinds of NFT projects. Like and subscribe if you haven't done that, and you made it to this point in the video, I mean, you're learning something, so you might as well keep on learning from me. All right, I love you guys, have a great one, much Aloha.

How Would You Like To Get
100% FREE Crypto Coins

Please log in again. The login page will open in a new tab. After logging in you can close it and return to this page.

We use cookies on our website to give you the most relevant experience by remembering your preferences and repeat visits. By clicking “Accept”, you consent to the use of ALL the cookies.
Cookie settingsACCEPT
Manage consent

This website uses cookies to improve your experience while you navigate through the website. Out of these, the cookies that are categorized as necessary are stored on your browser as they are essential for the working of basic functionalities of the website. We also use third-party cookies that help us analyze and understand how you use this website. These cookies will be stored in your browser only with your consent. You also have the option to opt-out of these cookies. But opting out of some of these cookies may affect your browsing experience.
Necessary Always Enabled
Necessary cookies are absolutely essential for the website to function properly. These cookies ensure basic functionalities and security features of the website, anonymously.
Functional
Functional cookies help to perform certain functionalities like sharing the content of the website on social media platforms, collect feedbacks, and other third-party features.
Performance
Performance cookies are used to understand and analyze the key performance indexes of the website which helps in delivering a better user experience for the visitors.
Analytics
Analytical cookies are used to understand how visitors interact with the website. These cookies help provide information on metrics the number of visitors, bounce rate, traffic source, etc.
Advertisement
Advertisement cookies are used to provide visitors with relevant ads and marketing campaigns. These cookies track visitors across websites and collect information to provide customized ads.
Others
Other uncategorized cookies are those that are being analyzed and have not been classified into a category as yet.
SAVE & ACCEPT